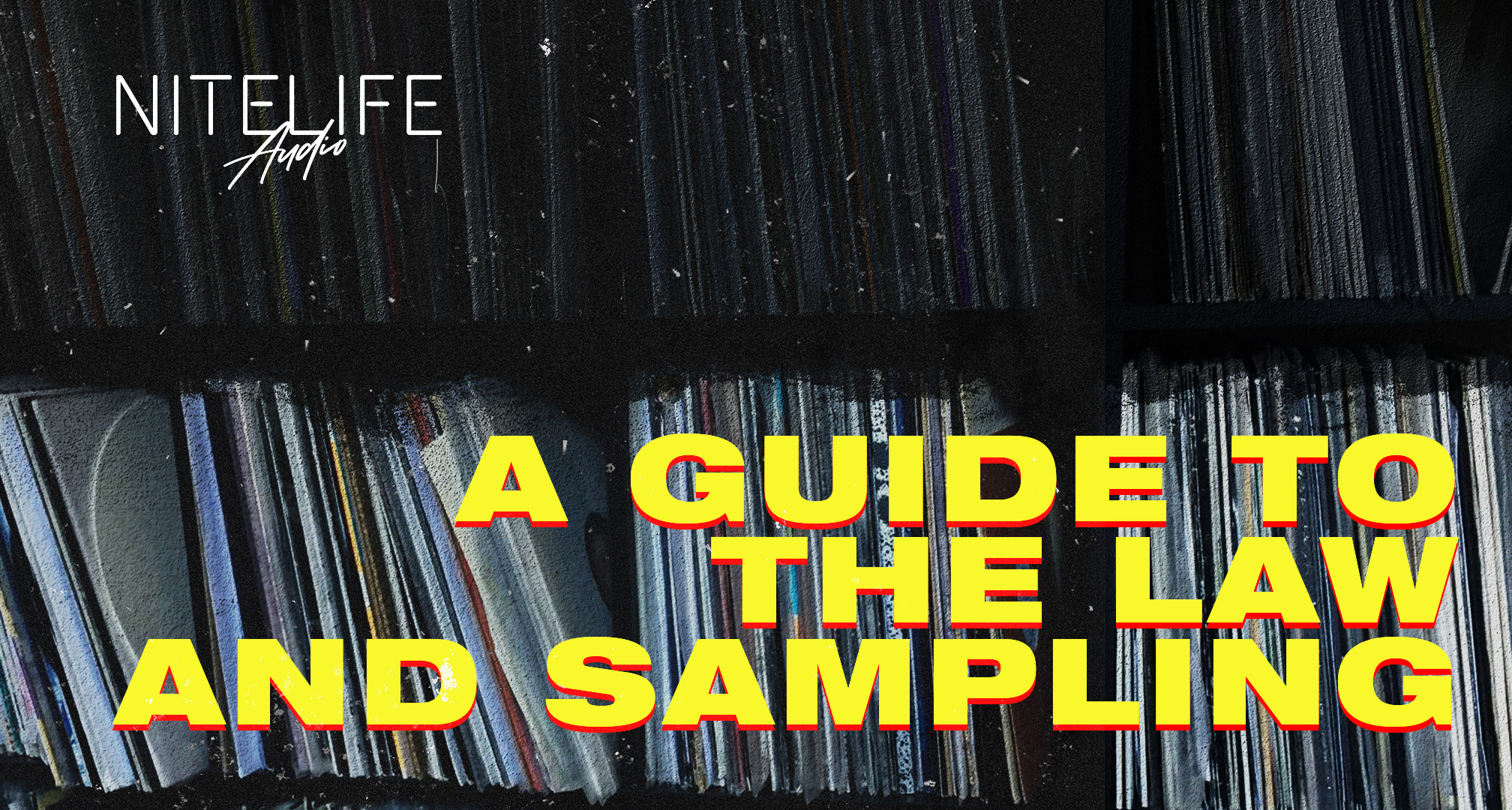 Sampling is a significant part of the audio landscape now, but there was a time when it was utterly revolutionary. Indeed, there’s a strong argument to be made that sampling, and the advent of the sampler, was the most radical development in the history of 20th century recorded music. The ability to take a piece of someone else’s recorded audio and use it in your own composition completely transformed the process of making music and was a substantial contributing factor in the birth and evolution of dance and electronic music. Entire genres have been built around just a few samples and a drum machine or sampled drum beat – see French house, techno and hip hop. Jungle/Drum & Bass leant heavily on the use of funk breaks and the ‘Hot Pants’, ‘Apache’, ‘Funky Drummer’, and ‘Think’ breaks as well as the now-ubiquitous ‘Amen’ break – the origin and importance of which much has been written (including a couple of excellent documentaries)

Although artists like the Beatles and others had used tape loops on their records back in the 1960s, it wasn’t until the 1980s that sampling technology caught up with the desires of producers and artists. However, in 1980 you’d need to pay around £20,000 to buy a Fairlight CMI, a digital synth which also contained a rudimentary sampler. But hardware samplers soon dropped in price and increased in functionality. The Akai S-Series of samplers arrived in 1986, just in time to assist Techno, Acid House, Hardcore and Jungle to bloom and develop into the countless sub-genres we have today and it was quickly followed by the iconic MPC, famously used by J-Dilla, Pete Rock and DJ Shadow and responsible for many a hip hop anthem. Whether you know it or not, no matter what type of dance or electronic music you enjoy, Hip Hop, Techno, Jungle, UK Garage or House – you can be almost certain it’s full of samples.

Sample It, Chop It, Loop It!

Now, of course, software samplers are standard across all DAWs, and even iOS apps, and it’s an oft-quoted statistic that the processing power we all carry round in just our phones is way more powerful than the computers that got us to the moon and back. Modern software samplers are characterised by the ease by which we can sample any audio and incorporate it into our own work. Pitch, tempo, style – nothing is a barrier – the software will aid you in manipulating almost sample to fit in your track with the minimum of fuss.

All of this means that the landscape of music has altered significantly in the last 30 years, with new technology enabling musicians, producers and consumers to create and interact in new, exciting ways. Nowhere is this more true than in electronic music, where the DJs’ role has now fully merged with that of the producer, with DJs often making use of sampling, looping and re-edits in their sets and many of them releasing music largely based on the grooves and loops of older tracks. This is where legal issues become relevant.

The major issue around sampling is that using another person’s original recordings without their permission constitutes a copyright infringement, for which there will likely be legal consequences. Court cases and claims may well prevent you from ever earning a penny from the work containing the infringing sample if it isn’t cleared in advance. The central issue is covered by the UK Copyright Designs and Patents Act 1988, and can be summed up succinctly as “If it’s not yours, you don’t have the right to use it without permission”. To understand exactly what we can and can’t legally sample, we need to look at this in a little more detail.

The Copyright, Designs and Patents Act 1988 is a set of laws that dictate how creators can control the ways their material can be used (in the UK, under UK law). When a producer uses someone else’s sound recording without their prior permission – ie: when they sample a loop, vocal, instrument, drum beat or even just a single note from someone else’s work – in legal terms it is considered to be:

This applies, in theory at least, in all of the following cases:

In UK law, we use the doctrine of “substantial similarity”, which means that a substantial part of the copyrighted piece of music has to have been used in order for there to be an infringement. In practice, this might mean that if you sample a single horn hit from someone else’s tune and use it in one of your productions, you might get away with it – but you should know that all major record companies have entire departments, peopled by professional researchers, musicologists and lawyers, whose job it is to find sample infractions and to collect money for them. And if that horn stab was from a famous song, made a substantial contribution to your track, and you’ve not asked for permission, then legally you’ll not have a leg to stand on. There are also ethical and professional considerations too – we wouldn’t like it if someone profited from our work without crediting and remunerating us, so should surely show others the same professional respect as well.

As a general rule of thumb, it’s very likely that any record contract you sign will require you to indemnify (protect) the label against any potential claims arising from copyright infringement. This means that it’s your responsibility to ensure that any samples have been cleared. So you’ll need the permission of the record label and usually the publisher too before you release any sound recording containing the sample. It might be that if the copyright wasn’t assigned to a publisher then you’ll need to track down the original copyright owners – or even their heirs – and bear in mind that some songs have more than one writer, so this can be quite a lengthy process.

It’s common practice these days to employ a sample clearing company who can negotiate a usage rate for you with the record label or publisher – and this is far more sensible than waiting until your tune blows up big and then asking for permission as you will have already broken the law. If you didn’t ask for permission and your tune blows up, it’s entirely possible that the record company legal team will attempt to get a higher percentage, perhaps even 100% of the royalties, than if you’d sought permission. There are also sample replay companies who specialise in uber-authentic recreations of pretty much any record you can imagine. Scorccio‘s recreations are so good, they often have the rightsholder going after the label because they are utterly convinced it’s the original recording.

A sample clearing company will charge you a flat rate and attempt to get you the best deal available. Remember, record companies want to make money, so it’s usually in their interest to strike a deal with people who sample their catalogue. All these considerations shouldn’t deter you from sampling – the big companies are set up for this stuff – you just have to do things the right way. The deal you get will depend on how much of the copyrighted audio you used, how well known the original recording was, the prominence of the sample and the likelihood of your release being successful.

Of course, none of these restrictions apply to legally bought sample packs. When you pay for a sample pack you are paying for a licence to freely use the samples in your own compositions. You can build a track entirely from legally bought samples and even if it’s a huge hit, you won’t have to pay anything provided you purchased the sounds legally to begin with. This is the big advantage of using royalty-free samples over other original published works – once you’ve paid for it, it’s yours.

There are some limits here though, and again, the law is very clear on this. Most sample providers will have some variation of the following guidelines about what you can and can’t do with the samples you buy: you can use the samples in your own compositions, but you can’t sell, loan, rent, lease, assign, or transfer samples to another user, or use them in any competitive product and potentially library music (although this varies between companies and products). So this means that the licence is non-transferable and you are not allowed to share your sample pack with the rest of the internet or try to sell them as if they were your own.

So that’s our basic guide to the legalities of sampling. We hope you find it useful. If in doubt, you should always seek the advice of the Musicians Union or talk to any of the sample clearance companies online and if you do choose to release a record that contains a sample, our lawyers have advised us to advise you that this article does not constitute legal advice and does not take the place of a qualified music attorney.

Click here to browse our full range of royalty-free collections.